The song references the 1920s, a time where the fascist regimes emerged, most famously, the Nazi Germans and Italian Fascists, while also denouncing that the 2020s is also a time of agressive politics. While the 1920s fascist regimes brought World War 2, the 2020s superpowers have brought much conflict, like the Armenian – Azerbaijani border conflicts, the Russian – NATO influence dispute over Ukraine and the perpetuation of the palestinian genocide and israeli apartheid. 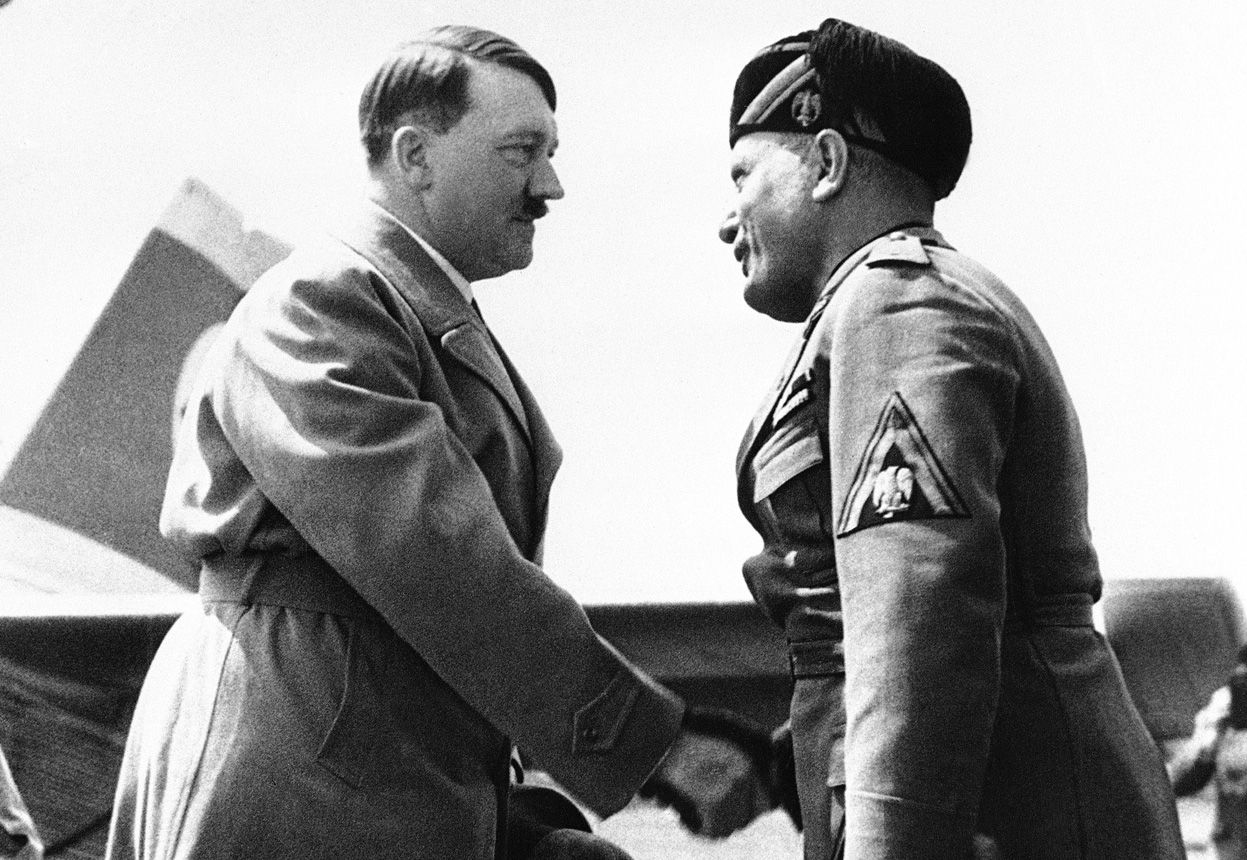 Ghost have announced their fifth studio album. The follow-up to 2018’s ‘Prequelle’ is called ‘Impera’ and will arrive on March 11 via Loma Vista Recordings. Produced by Klas Åhlund and mixed by Andy Wallace, the record takes the theatrical rockers hundreds of years forward from its predecessor, which was built around the historic events of the Black Death

It’s not a universal opinion, but each Ghost album so far has generally been considered to be better than the one before it. The band’s doom metal debut was good but niche, and its follow-up, Infestissumam, diversified its sound with tracks like “Year Zero.” Then “Cirice” from Meliora won a Grammy and Prequelle, its most recent album, got Ghost as close to the mainstream as a rock band can get these days.


The album was supposed to come out shortly after the U.S. presidential election in 2020, a reflection on Donald Trump’s contentious rule. But the pandemic-prompted delay makes Impera‘s release seem even more timely in the wake of Prequelle‘s foresight, the Russia-Ukraine crisis and other events of the past two years. It’s somewhat dark at heart, as was its predecessor, but Ghost coat it all in a signature glossy sheen that’s fist-raising and just a little silly in its over-the-top theatrics.

Impera is thematically set in the Victorian era upcoming fifth studio album by the Swedish rock band Ghost. It will be released on 11 March 2022 and was produced by Klas Åhlund.

As stated by Tobias Forge to Kerrang! magazine: [the album talks about] the falling of empires, periods of great change, seeing things become too powerful and collapse under their own soporific weight and ushering in the start of a new era in the fallout. To cast Papa Emeritus’ cynical eye over corruption and madness and observe how, for both good and ill, everything, everywhere eventually ends.


The album revolves around the great dangers and changes that loomed around at the time, where dangerous jobs are being taken care of by machines but people are being laid off. Tobias added:

No-one is needed anymore. I think a lot of the Victorian times are similar to what we’re experiencing now, in the sense that industrialism is phasing out mankind. We live in a time right now, where we believe that history is a thing of the past, and everything that we live through here and going forward is eternal. Which is not true. The album’s greater message is that society needs to crumble in order to rebuild itself.

Ghost, formerly known as “Ghost B.C.” in the US until the release of Meliora, is a Swedish metal band with psychedelic elements that harkens back to a more eerie period of metal, evoking the sound of bands like Black Sabbath and Blue Öyster Cult. They won the Grammy in 2016 for Best Metal Performance.

They are well known for their occult-themed lyrics in their songs, as well as the way they portray themselves in a distantly tongue-in-cheek manner as a dark, sinister religious sect, commanded by the Emeritus bloodline.

Ghost is easily recognizable owing greatly to its eccentric on-stage presence. Seven of the group’s eight members, its ‘Nameless Ghouls’, wear virtually identical, face-concealing costumes. Prior to a 2017 lawsuit filed by former members of the band, lead singer Tobias Forge obscured his identity behind the character “Papa Emeritus”. The character, which consists of Forge in a prosthetic mask and makeup, can be best described as a ‘demonic anti-pope’.

The Papa Emeritus Character has gone through five incarnations – I, II, III, Nihil, and IV. From the release of the 2018 album Prequelle and subsequent world tour, Forge portrayed a character known as “Cardinal Copia”, who is described as being unrelated to any of the Papa Emeritus characters and whose costume consists of either Cardinal vestments or a black or white tuxedo alongside a prosthetic mask with black eye makeup and the multi-colored eyes which had been present in each Papa character. In March 2020, at the final show of A Pale Tour Named Death, Forge once again assumed the mantle of Papa Emeritus.

Ghost was formed in 2006, when future band leader Tobias Forge wrote the song “Stand By Him”. He said, “I said that this is probably the most heavy metal riff that has ever existed … When the chorus came to me, it haunted my dreams. Every time I picked up the guitar, I ended up playing that progression, and when I fit the words in, it seemed to cry out for a Satanically-oriented lyric.” Forge then contacted his former Repugnant bandmate Gustaf Lindström to record the song.

In early 2008, the two entered the studio to record three songs: “Stand by Him,” “Prime Mover” and “Death Knell. Afterwards Forge remarked to Lindström: “This definitely does not sound like two dudes that look like you and I”. Thus Forge decided that they should be an anonymous “theater band”, and use their love of horror films and “the traditions of Scandinavian metal” in the band’s imagery. While other members of the band would wear black hooded robes and be called “Nameless Ghouls”, Forge would go by “Papa Emeritus”, dressed in Papal regalia and his face painted to resemble a skull. Forge then chose the name Ghost for the group. Initially Forge had no aspirations on becoming the band’s vocalist, instead wanting to play guitar. He offered the position of lead vocalist to Messiah Marcolin, Mats Levén, Christer Göransson and JB Christoffersson, all of whom passed. As a result, Forge became the band’s lead singer by default.  On 12 March 2010, Forge posted the first three Ghost songs on MySpace and within two days was contacted by records labels and managers wanting to work with the group.

Ghost spent a few weeks in a basement studio in the band’s hometown of Linköping recording their debut album. In June 2010, the band released their first single “Elizabeth”. Ghost released their first studio album, Opus Eponymous, on 18 October 2010, on the independent record label Rise Above Records. The album reached number 50 on the Sverigetopplistan and was well received by critics, being nominated for the 2011 Grammis Award for “Best Hard Rock” album. Ghost played their first concert on 23 October 2010 at the Hammer of Doom festival in Würzburg, Germany.

Ghost supported gothic metal band Paradise Lost on their “Draconian Times MMXI” tour in April 2011. On 29 May, Ghost made their United States debut at the Maryland Deathfest. The band played at the annual Download Festival in the United Kingdom on 11 June. Following their performance, Phil Anselmo, lead singer of the band Down, performed wearing a Ghost T-shirt and invited three members of the band to join him on the main stage, where they performed Down’s “Bury Me In Smoke” together. In December 2011, Ghost took part in the “Defenders of the Faith III” tour with Trivium, In Flames, Rise to Remain and Insense. The band then embarked on their first United States tour, “13 Dates of Doom,” beginning in New York on 18 January 2012, and ending on 2 February in Los Angeles. Afterwards Ghost joined Mastodon and Opeth as the opening act on the Heritage Hunter Tour throughout North America during April and May 2012. In June, Ghost received the award for “Breakthrough Band” at the Metal Hammer Golden Gods Awards.

NAV – Demons In My Cup
Next Article

Jordan Pickford Wins Castrol Save of the Month Award

Jhené Aiko & Big Sean are Expecting Their First Child Together